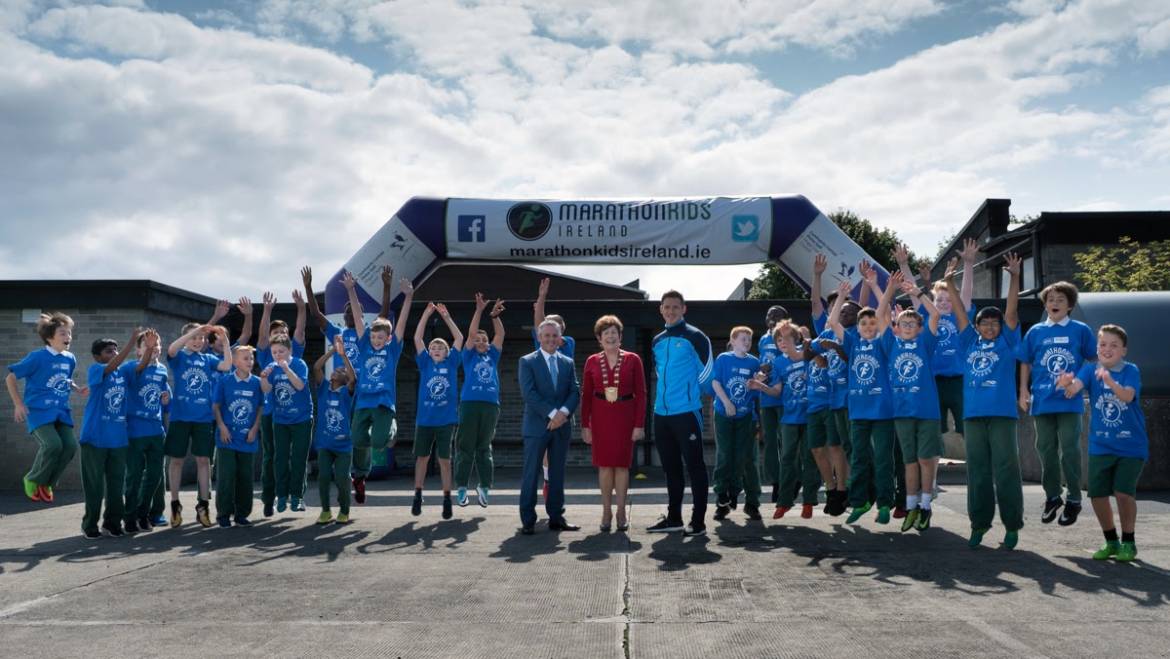 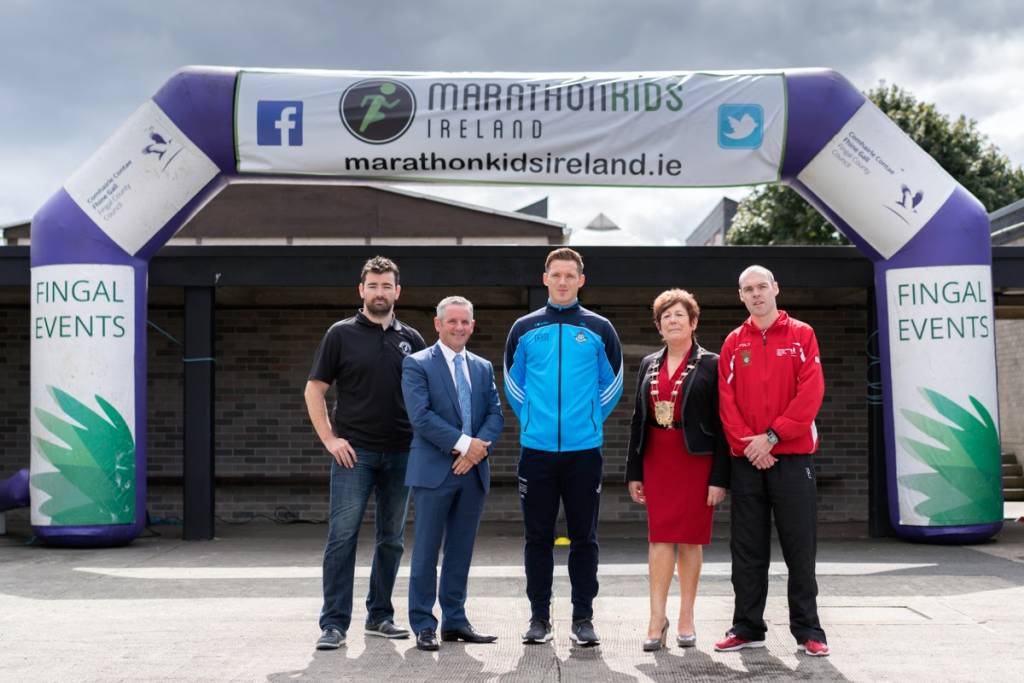 And of course the kids, the real protagonists of the event who were very excited about joining the programme… 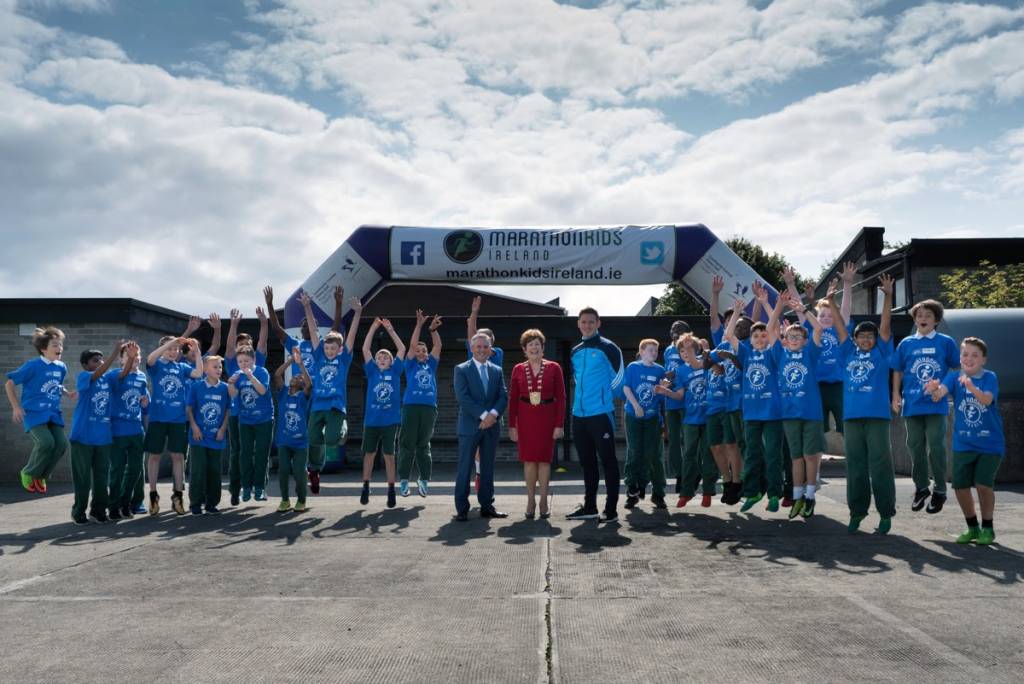 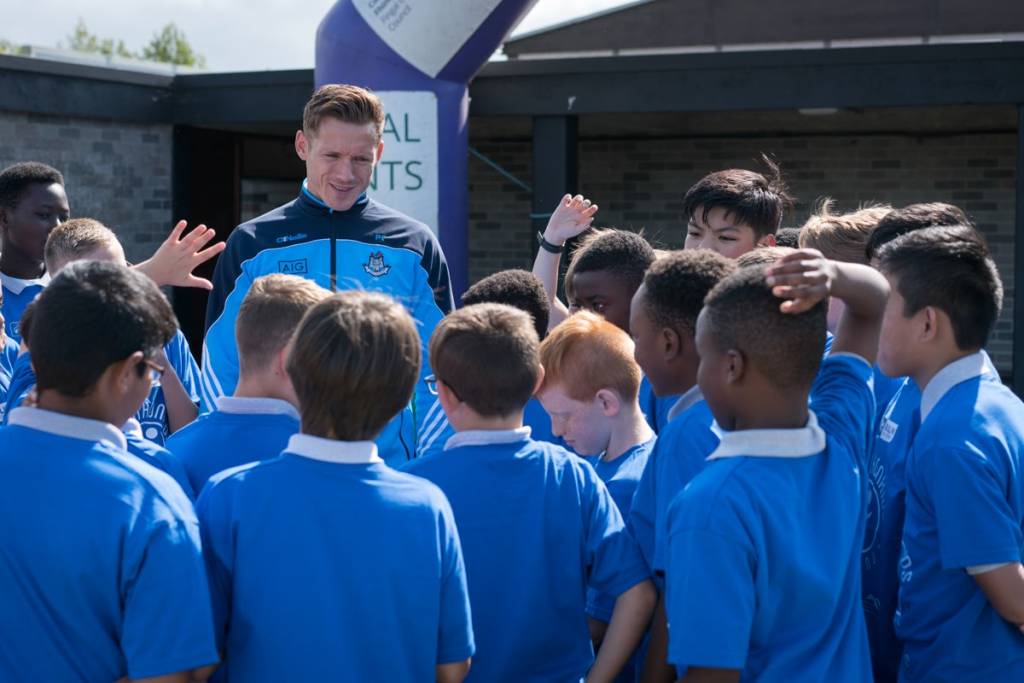 The day started around 12:30 pm in St Colmcille’s School in Swords. Neil Kennedy together with the Fingal County Council Media and Communication team and Senior Sports Development Officer were setting up the stage for the event with banners and an inflatable structure outside of the school.

Before the presentation with the kids, a round of interview took place starting with Mayor of Fingal Mary McCamley for whom Marathonkids Ireland is a ‘great programme with over two and a half thousand kids involved’: 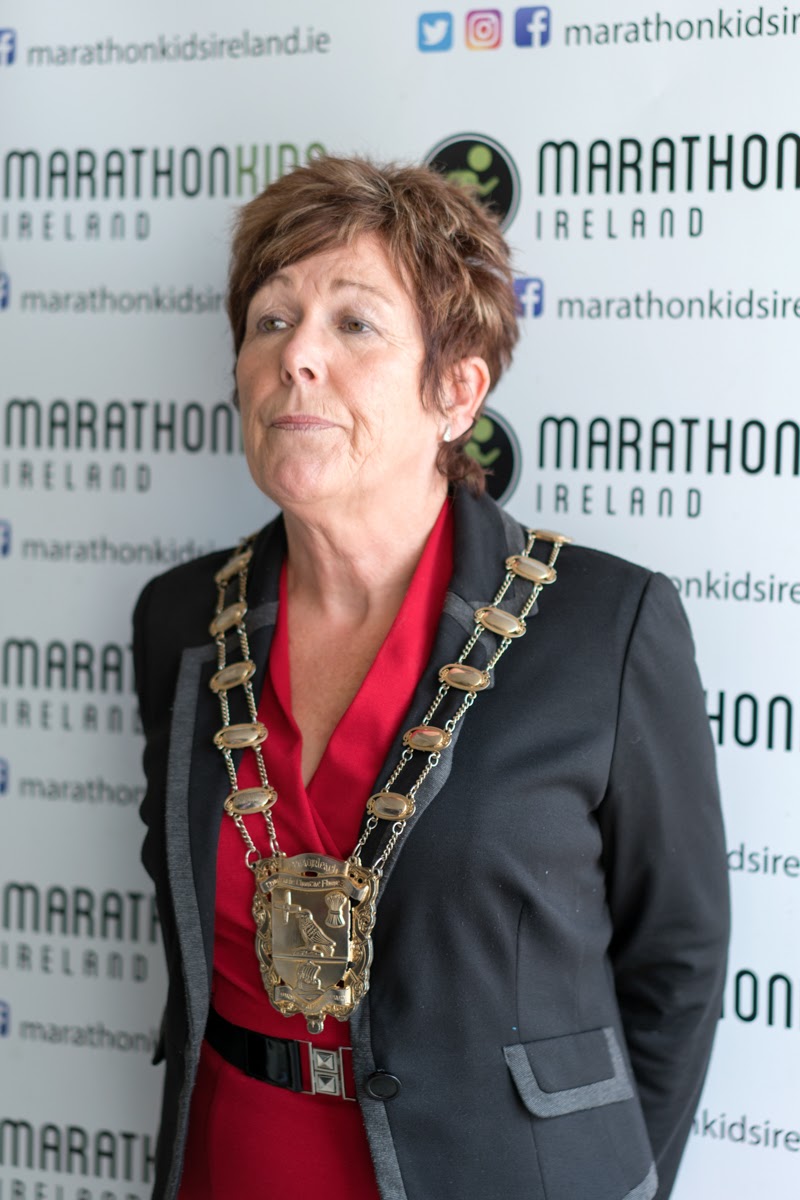 It was then the time to speak for Chief Executive Paul Reid who said ‘Fingal County Council are thrilled to support Marathonkids Ireland. We have the youngest and fastest-growing population in the country and it’s important for us to invest in initiatives [such as Marathonkids Ireland] that support children. 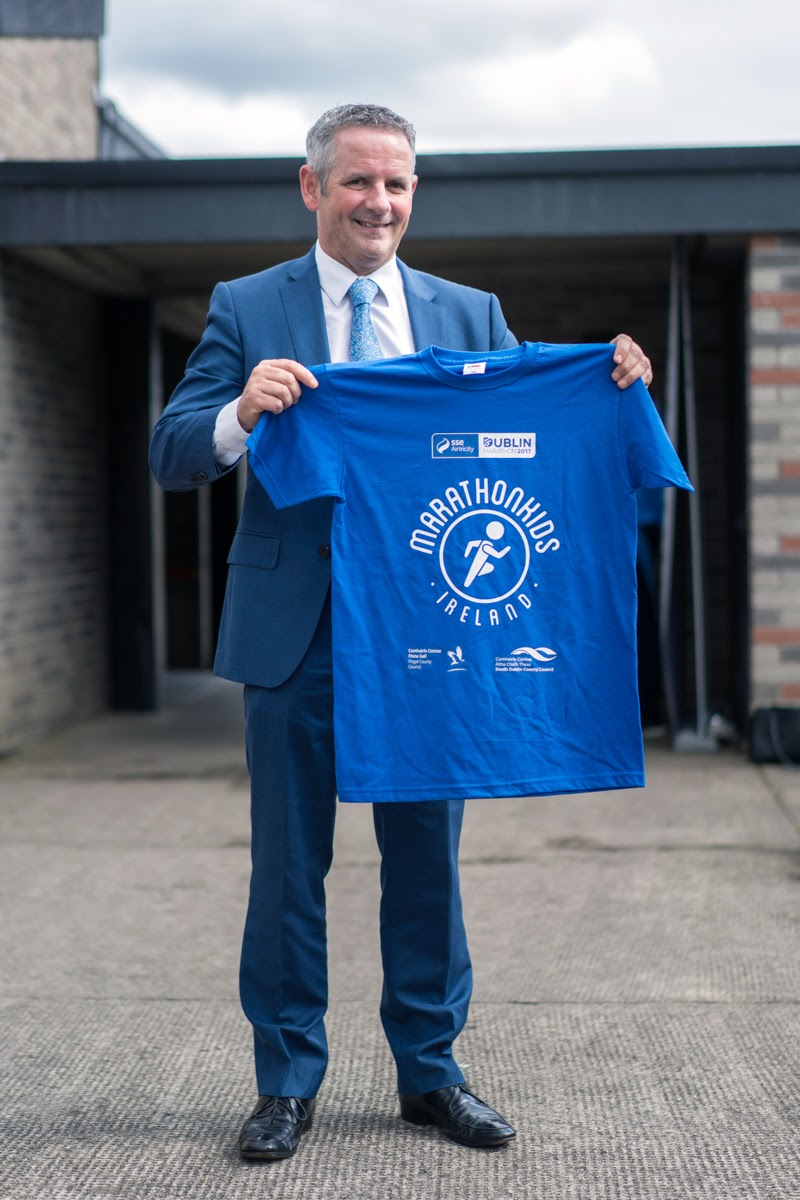 Last interview was for Marathonkids Ireland Ambassador and Dublin player Paul Flynn who said ‘I am supporting Marathonkids Ireland because it’s a great programme that gives all kids the opportunity to participate and get involved in sports. As a sportsman I know how important this is’. 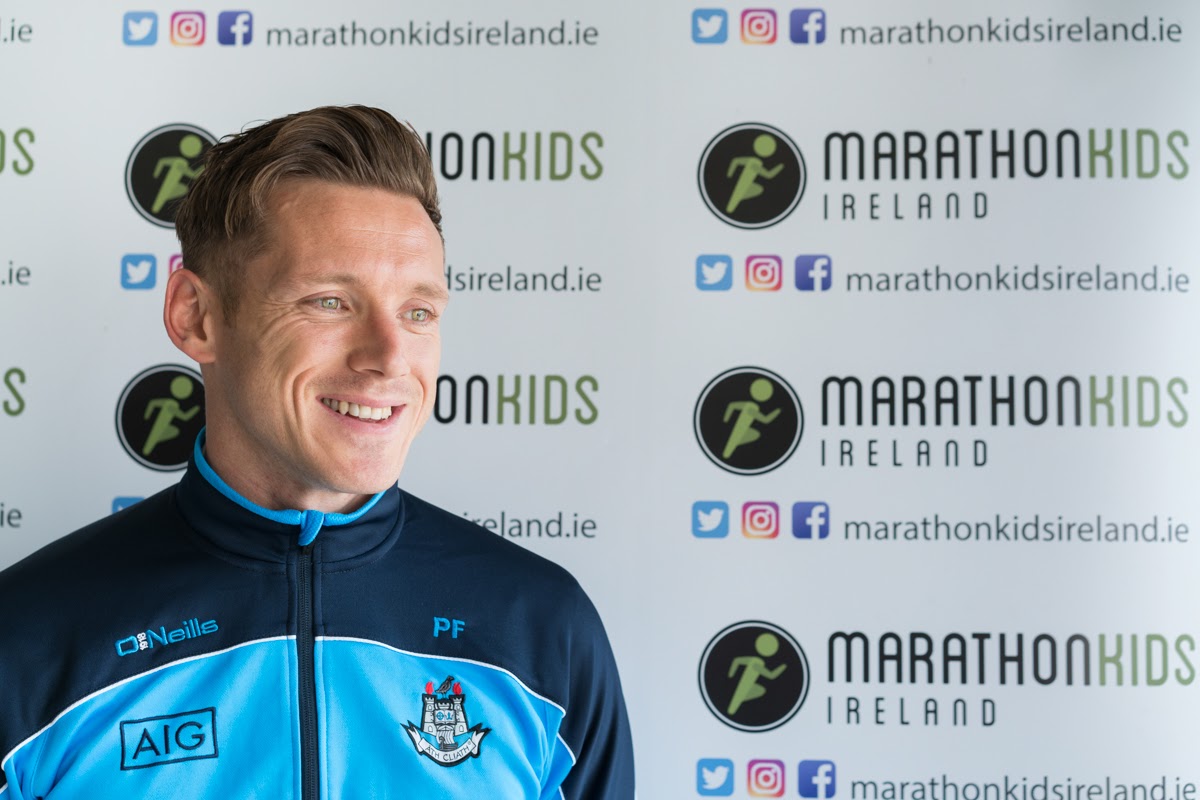 After the round of interviews, which were held in front of the school, the scene moved to the backyard and the kids took over. After being given a few instructions by the crew, they showed their excitement about the programme by shouting ‘Up the Dubs’ when prompted

It all went well and everybody was extremely enthusiastic about the programme. Marathonkids Ireland Director Neil Kennedy spoke about the programme as a way to ‘raise awareness about child obesity and inspire kids to exercise and eat healthy’.