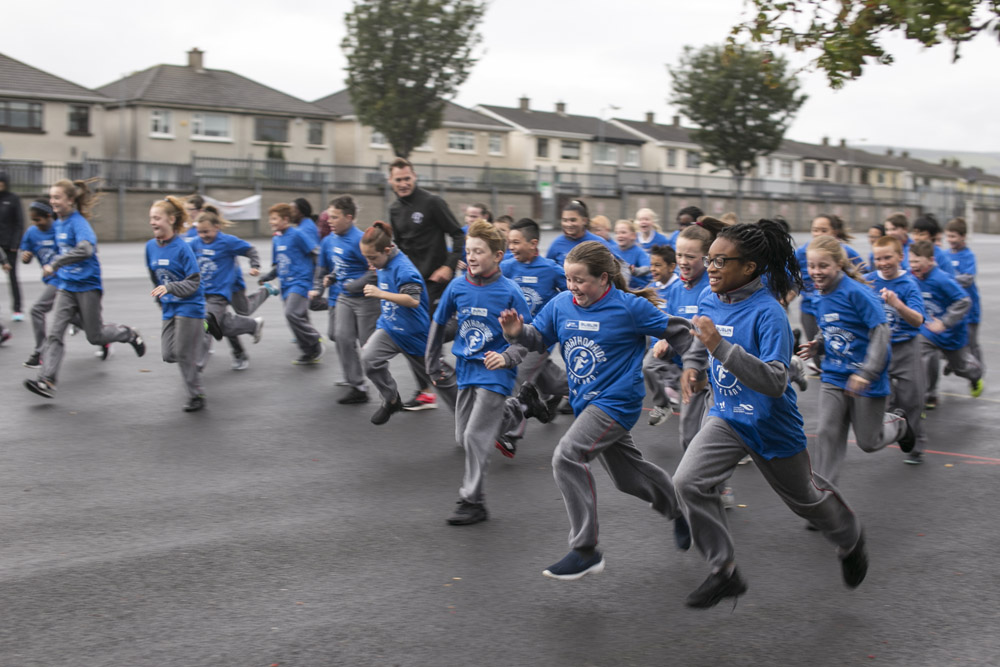 Another terrific day of sport and most importantly fun for kids, teachers and supporters of Marathonkids Ireland with the official launch of the 2017 programme for South Dublin County Council. The day started around 10 am with the kids from St. Dominic’s National School in Tallaght getting ready for an hour of fun and exercising. 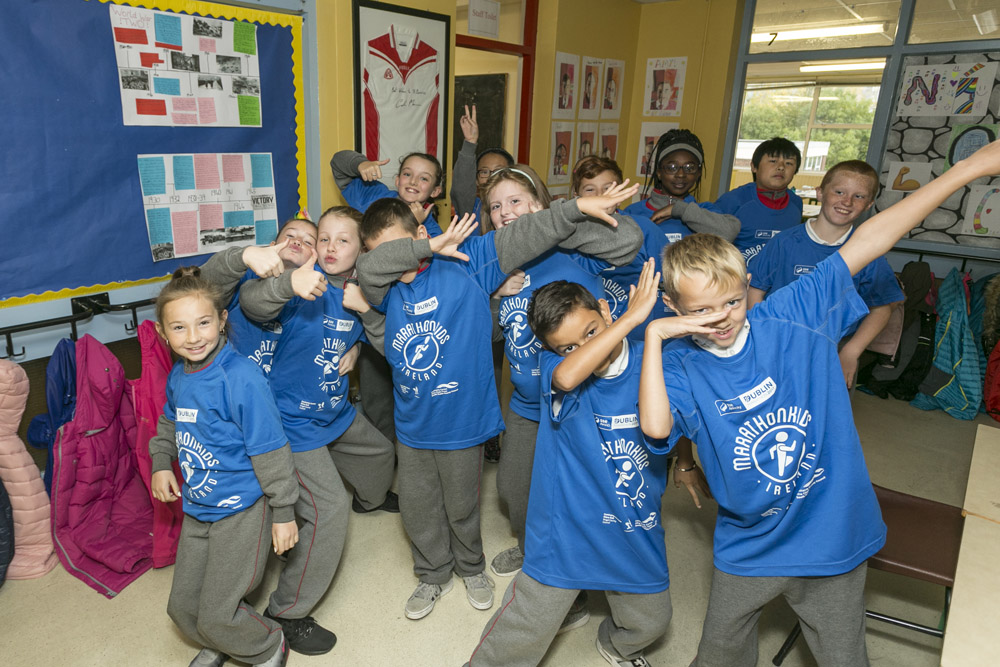 The first part of the event took place in the school hall, where the kids were gathered for the official photo shoot. Attending the event among others were Marathonkids Ireland Ambassador and 2-times 400m European Champion David Gillick, Mayor of South Dublin Paul Gogarty and Sports and Recreation Officer for South Dublin County Council Alison Casserly. 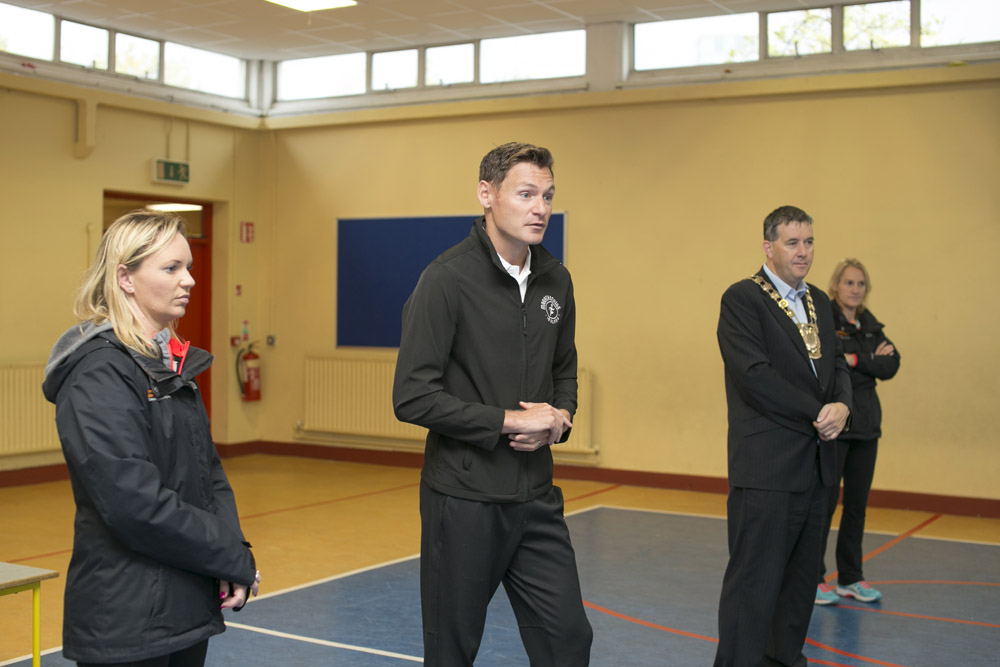 The kids had a lot of fun posing for the photos and listening to David talking about the importance of exercising and of a good diet. 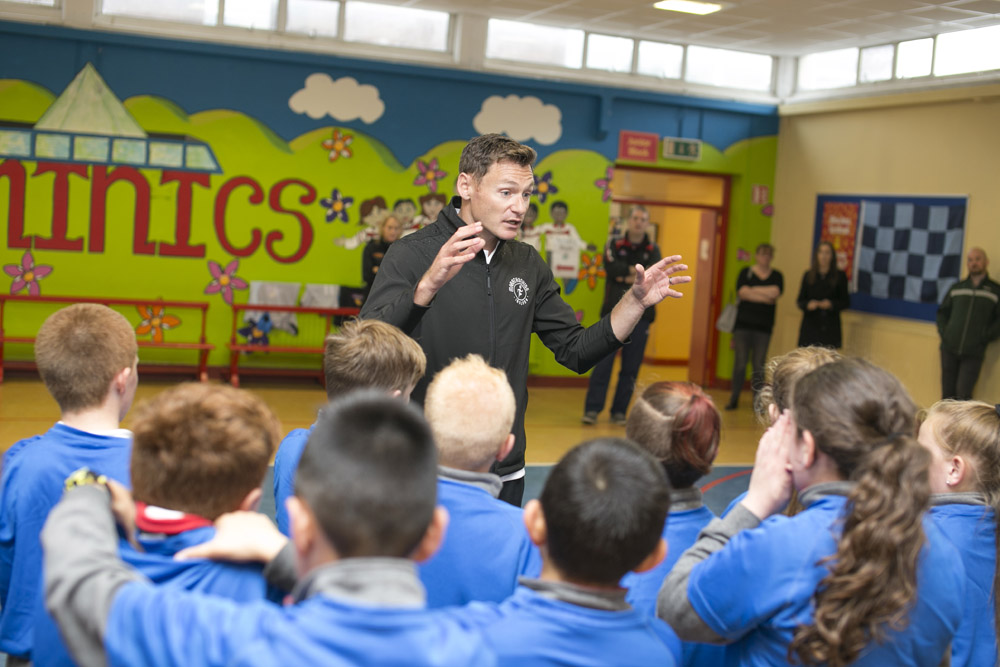 It was then time to put in practice what they had just heard from David. So we all went outside despite of the rainy and windy day and enjoyed some great workout and a really good run around the school.

The Marathonkids Ireland 2017 programme has now been launched in both Fingal and South Dublin. So stay tuned for more photos and videos and most importantly, stay healthy!

If you missed the event, here’s a recap video with all the highlights